Around 10% of women will develop high blood pressure in their first pregnancy. It is important to manage, as it can have serious negative health effects on both you and your baby. I can offer my skills and expert guidance from dealing with this problem if it should arise.

What is gestational hypertension?

Also known as pregnancy-induced hypertension, gestational hypertension is when high blood pressure first presents in pregnancy. This is a relatively common complication, occurring in around 10% of first pregnancies. The condition does not lead to symptoms until it is severe, and multiple adverse outcomes are possible, some of which are serious. This is the primary reason routine antenatal care ever started: to detect a problem before it becomes symptomatic, by which stage is very severe. 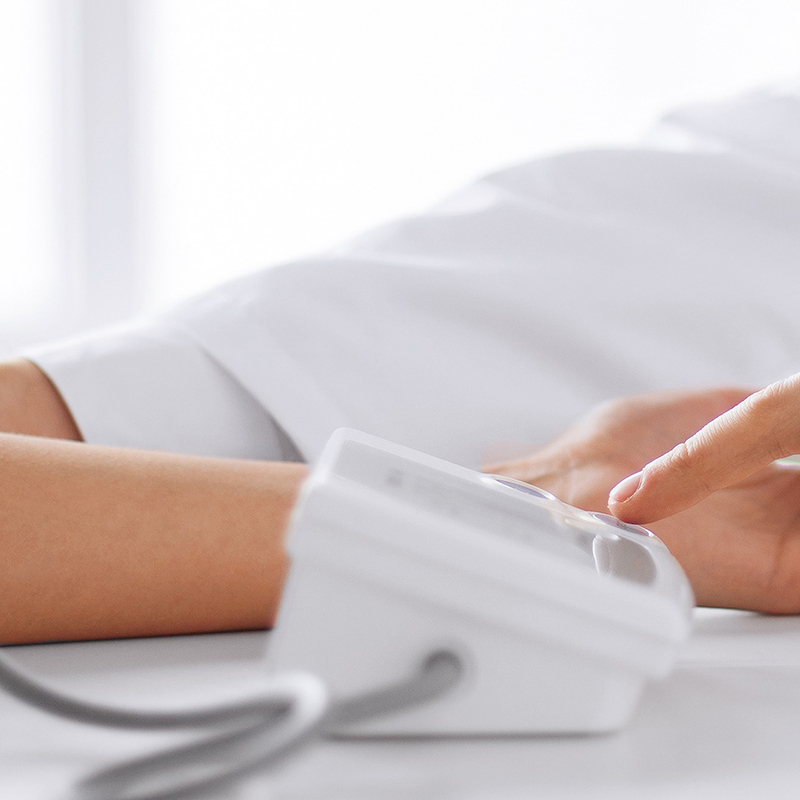 Gestational hypertension is still poorly understood. Exact causes are unclear, however, it is believed to be an abnormal reaction to the complex immune mechanisms of pregnancy. 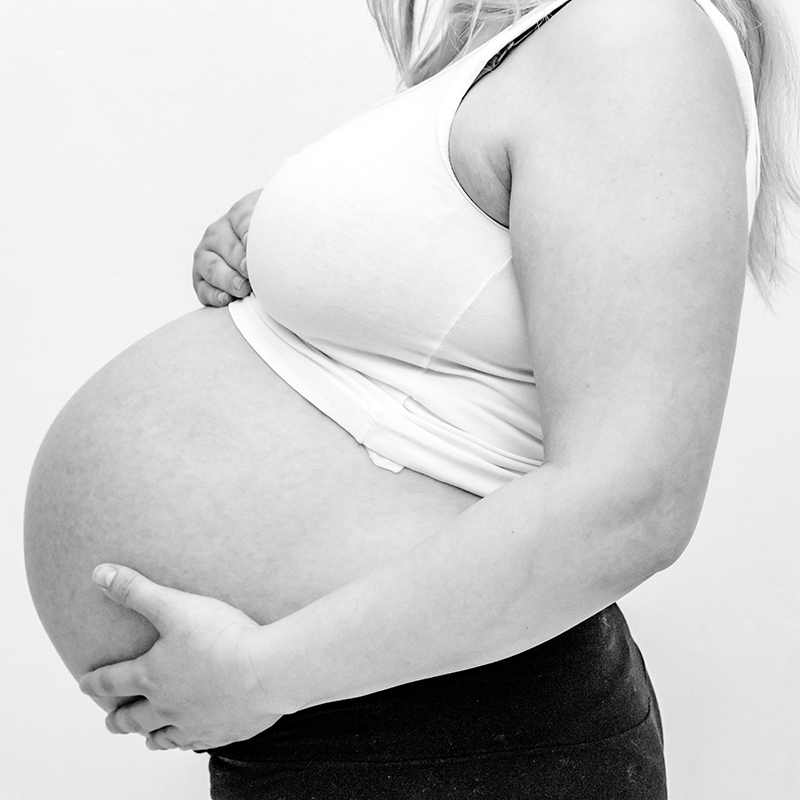 What are the risks of high blood pressure during pregnancy?

A number of conditions and complications may develop as a result of high blood pressure.

Eclampsia is a serious consequence of high blood pressure and refers to episodes of fits in the mother. This condition has a strong ethnic basis – it is uncommon in Caucasian people, but more common in people of African origin.

This condition was once called Toxaemia, but no toxin was identified so the name was changed. We now believe that ‘toxin’ may refer to the high levels of free oxygen radicals related to the immune process.

Women with chronic blood pressure problems are at higher risk of developing Pre-eclampsia but as a group, they do better than women who have normal blood pressure, possibly because we tend to watch them more closely from the outset.

Pre-eclampsia will have a number of effects on both mother and child. As it is a placental problem, it can interfere with placental function leading to poor growth of the baby during the pregnancy. The baby also has a greater risk of becoming stressed during labour.

As the condition is related to the placenta, it will resolve after delivery. This means there may be a need to deliver the baby early, which may imply consequences from being premature.

In the mother, the blood pressure can be sufficiently high raise concerns about the risk of stroke.

It will affect other organ systems as well. It can cause the kidney to leak protein, which is why I will test your urine if your blood pressure becomes elevated. It can also affect liver function and the body’s capacity to produce platelets, the factor in the blood that initiates control of bleeding.

These effects on other organ systems such as the blood, kidney or liver, may dictate the need for early delivery.

Rest has a long history as a treatment option but little basis in science. If you spend an extended time laying down, you become lightheaded when you stand up. Laying down switches off mechanisms that the body uses to keep the blood pressure normal while standing.

Rest may lower blood pressure but is not very practical. Most importantly, it does nothing to address the cause of the blood pressure rise. So it takes away the signs but not the condition.

The condition is treatable with medication, which can be very important if the blood pressure is dangerously high. These medications have been successfully used for decades, and we are happy to utilise them when required.

How often we measure will relate to the current severity. It may be done several times an hour when the condition is severe. If it is mild, it may simply mean frequent antenatal visits.

There are other types of high blood pressure, including “white coat hypertension”, people who have higher blood pressure when seeing a health professional because of some underlying anxiety. I will often encourage these women, as well as women with chronic blood pressure problems, to monitor themselves at home with a blood pressure machine that can be hired or bought.

The condition can affect the placental function and so there is a need to monitor potential impact on the baby. The two main methods are:

The ultimate treatment is to deliver the baby. It may take a little time to resolve after, and typically, it becomes a little worse on the first day after delivery.

It is a balancing act to work out when to deliver. Eclampsia demands immediate delivery, or, at the other end of the spectrum, it may be possible to delay delivery for weeks. If the baby is early, that may be highly desirable.

The method of delivery reflects the urgency. Eclampsia would usually demand c-section, while mild cases can plan for vaginal delivery after the labour is induced.

High blood pressure problems in pregnancy are difficult to predict. Over the decades there have been many attempts to try to devise an early test that will predict the condition, but they generally perform poorly. The most recent and useful test looks at factors at the end of the first trimester. It will predict some, but not all, of the women who will develop earlier onset and more severe forms of the condition. This represents a small subgroup of people, and so it is of little value for most women.

Aspirin is the mainstay of prevention strategies. It needs to be given in a low dose to be effective. This is not without risk and so we need to be selective in its use.

How Dr Chris Nichols can help you

I have had a lot of experience in the field of obstetrics and therefore have dealt with this complication of pregnancy many times. I can offer my skills and expert guidance from dealing with this problem often, to achieve the best outcome for you and your baby.
08 9332 5276
Send us an email 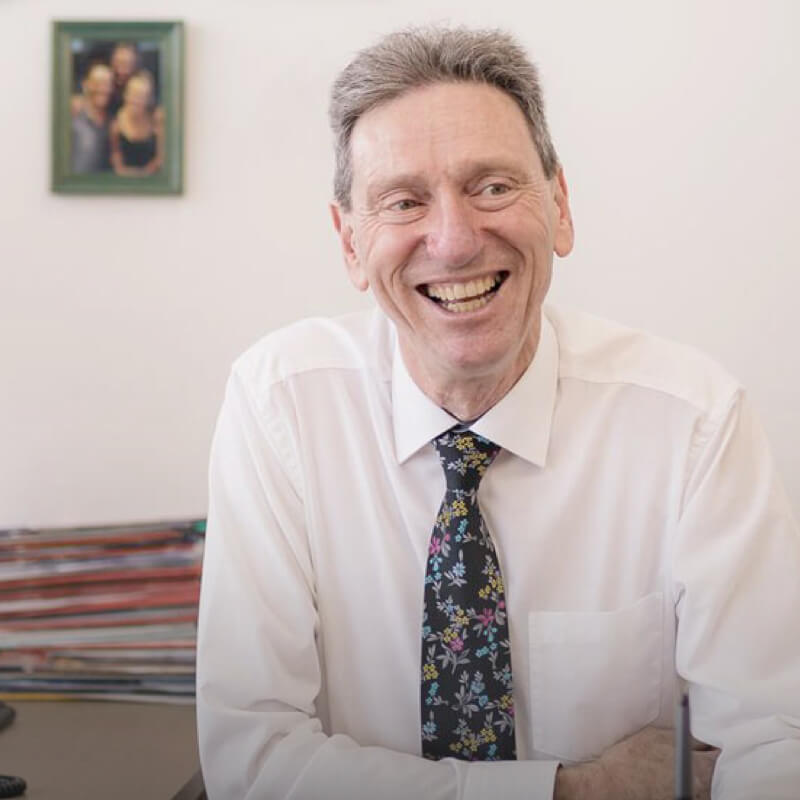 Pregnancy is an exciting time for you and your baby. We want you to enjoy the experience, knowing that we are doing everything medically possible to manage any problems and ensure good outcomes.
Antenatal care

Dr Chris Nichols works in fertility, obstetrics and gynaecology. Problems in women's health don't always fit neatly into one of these three areas, but intersect and overlap.
Obstetrician 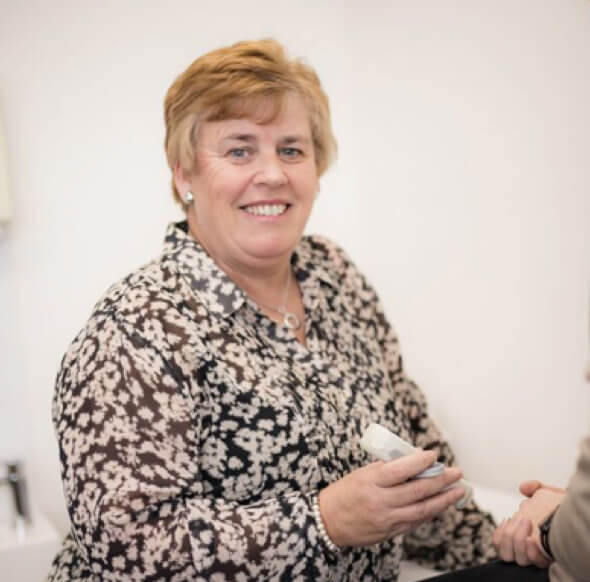 Practice Midwife
I have been a midwife for over 30 years and worked with Dr Chris Nichols for more than 20 years, initially on the maternity unit at SJOG Murdoch Hospital where I still work as a clinical midwife part time and more recently as his practice midwife. 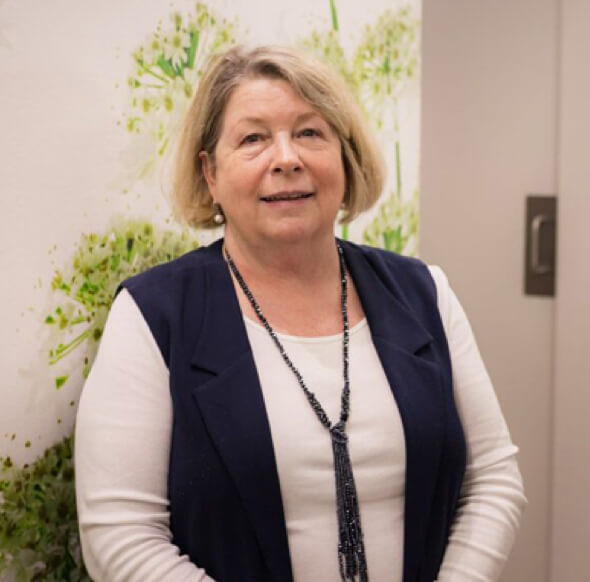 Practice Secretary
I have known and worked as a practice secretary with Dr Chris Nichols for over 20 years at SJOG Murdoch Hospital. It is an enjoyable workplace and our aim is to provide a professional and caring experience for our patients.